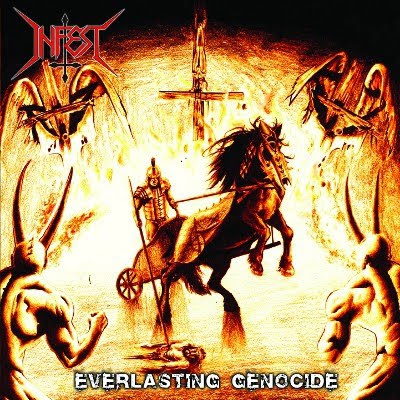 A new - third - album by Serbian death/thrash squad INFEST is out now. Entitled "Everlasting Genocide" it provides, once again, a collection of no-compromise fast riffing death metal with messages of sincerest hate.

Guest appearances on the album include Thebon (KEEP OF KALESSIN), Branislav (BANE), Honza (AVENGER), who also produced the album, and ex-guitarist Glavoseča on vocals in "Horde", cover of legendary BOMBARDER.

Did I forget to mention trades are welcome?